Some Clubs of Sage Creek 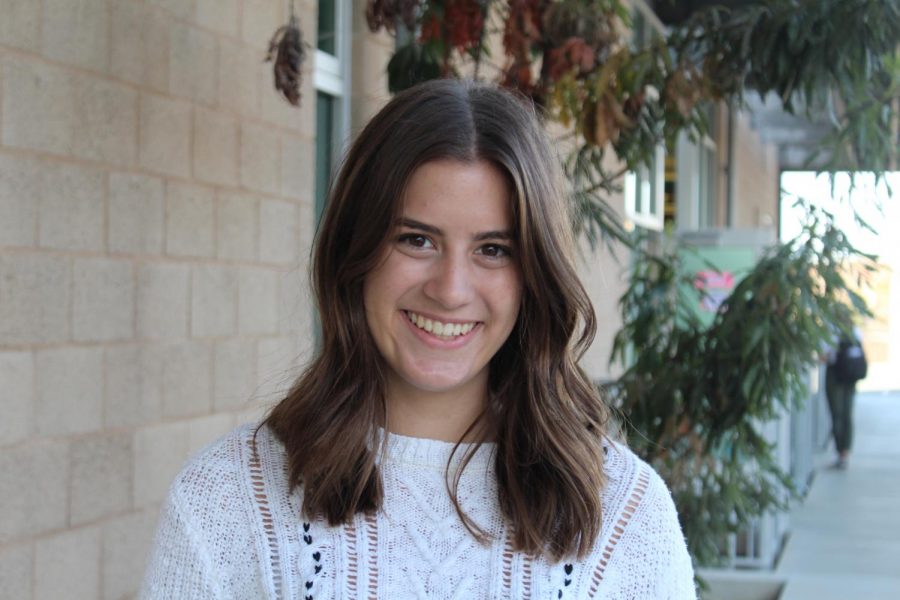 Maddie Connelly, president of Girls in STEAM, is pictured above. She founded the club last year.

“We bring in guest speakers quite often,” said Maddie Connelly, president of Girls in STEAM. “We’ve had people from Viasat, a radiologist, a professor at SDSU.”

The interview took place outside her EDD class. A class mostly populated by men. According to the National Girls Collaborative Project (NGCP) and NSF, Science & Engineering Indicators, 2018 (NSF, S&E), men occupy 72 percent of the science and engineering workforce despite the overall college-educated workforce seeing a fifty-fifty split.

For the high school girls in STEAM, these statistics may seem daunting, which is why Connelly founded the club during the 2018-2019 school year.

“There’s underrepresentation of females across the board once you get into careers,” Connelly said, “and also right now, when you’re in these PLTW classes, and so I really wanted to create a support system for girls like me.”

Club meetings consist of team bonding, planning for events like the Women’s March, and listening to guest speakers.

However, the large gap in the science and engineering fields is mostly evident beyond high school as “female students participate in high-level mathematics and science courses at similar rates as their male peers” (NGCP and NSF, S&E). Girls in STEAM, who want to continue working in STEAM, are concerned over their future career paths, a worry that these speakers have helped combat.
Sarah Miller, another member of Girls in STEAM, said, “It’s made me excited about my careers in the future in STEM and in STEAM.”

Connelly has begun using the inspiration modeled by the guest speakers to move Girls in STEAM beyond the classroom. “This year we’re thinking about doing more outreach to elementary schools to kinda build the other end of a role-model relationship where we’re the role models.”
Club meetings are held every other Thursday in room 1300. (“Anyone can join as long as you’re a supportive and inclusive member who is interested in uplifting other girls in STEAM,” Connelly said.)
“I’m friends with these girls,” Miller said, “and it’s special to have the same interests and be able to sit down every other week and talk about it.”