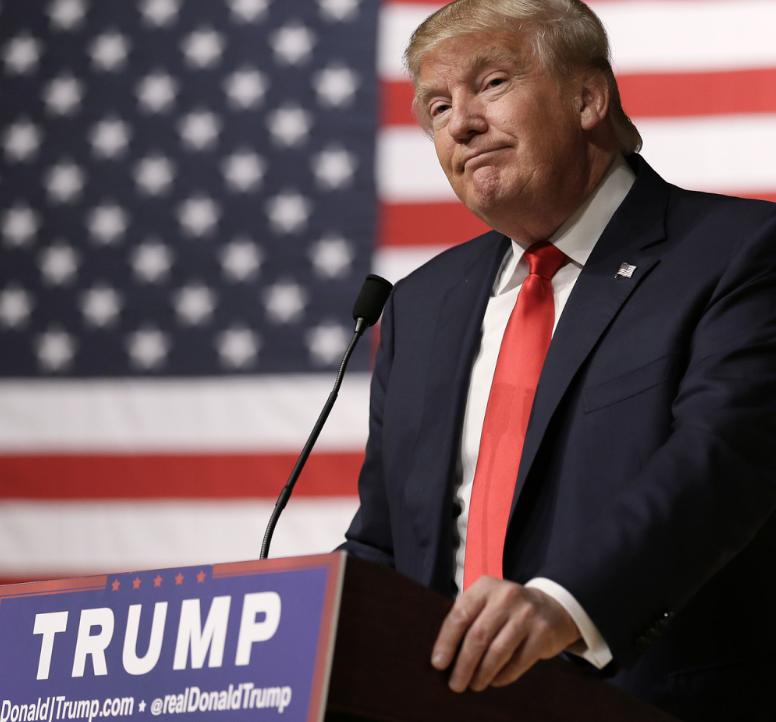 Donald Trump is the best presidential candidate in this year’s election by far. Mr. Trump has a net worth of $3.7 Billion dollars, he is a tremendously successful businessman, he is a real estate tycoon, and world famous for his Trump Tower painted in gold. Trump has made this year’s election 10 times more controversial than any other in United States history. The way he conveys words and masters the stage; his powerful and passionate tone that energizes the people; and his acquired persuasion skills that only small amounts of people have set him apart from all other candidates.

The aspect that I admire most about him, is that he speaks his mind and brings to light topics that most people wouldn’t dare. Unfortunately, the mainstream media is villainizing him, which severely damages perceptions about him and his viewpoints. However, Trump is actually loving this! According to The New York Times, “Mr. Trump earned $400 million worth of free media last month, about what John McCain spent on his entire 2008 presidential campaign.”

Trump is loving it more than Hillary Clinton- who loves to make a fool of herself (i.e. the dabbing videos). The Presidential Debate on Sept. 26 was the first time Trump and Clinton have shared a stage and according to CNN, “the debate averaged a total of 84 million viewers across 13 of the TV channels that carried it live.” I was also well worth skipping homework for (thanks SCHS English Department). The candidates went back and forth at each other, biting at one another’s necks and poking holes in the other one’s policies. When Trump was asked by moderator Lester Holt on when or if he was going to reveal his tax returns, Trump responded well by saying, “I’ll show you my Tax Returns when Secretary Clinton shows us the 33,000 emails she deleted.” Sure enough, this was immediately followed by a roar of applause from the crowd.

Trump’s comments on immigration, race, and gender have ensnared him in several ploys of the mainstream media but once again, his ideas are warped, misinterpreted and mistranslated by the media.

Even though he is constantly under fire, he will not lie to us and he will not let us down. Clinton is untrustworthy and her past can prove my point. The illegal release of classified information (via emails) and her lack of common sense will not bode well for America’s next four years. As Trump has emphasized, Clinton does not have the stamina to be in office, her antics at the 9/11 memorial when she fainted due to the “heat” certainly helps prove Trump’s point.

Policies such has a Deportation Task Force, a wall bordering the United States and Mexico, and strong law enforcement will keep our country safe and allow us to flourish and recover from the terrible debt we are in and the turmoil we are struggling through involving race tensions and hate crimes. America is dealing with horrendous crisis nowadays, and we need someone to Make America Great Again.