Why Students Are Choosing Tec-9s Over Textbooks 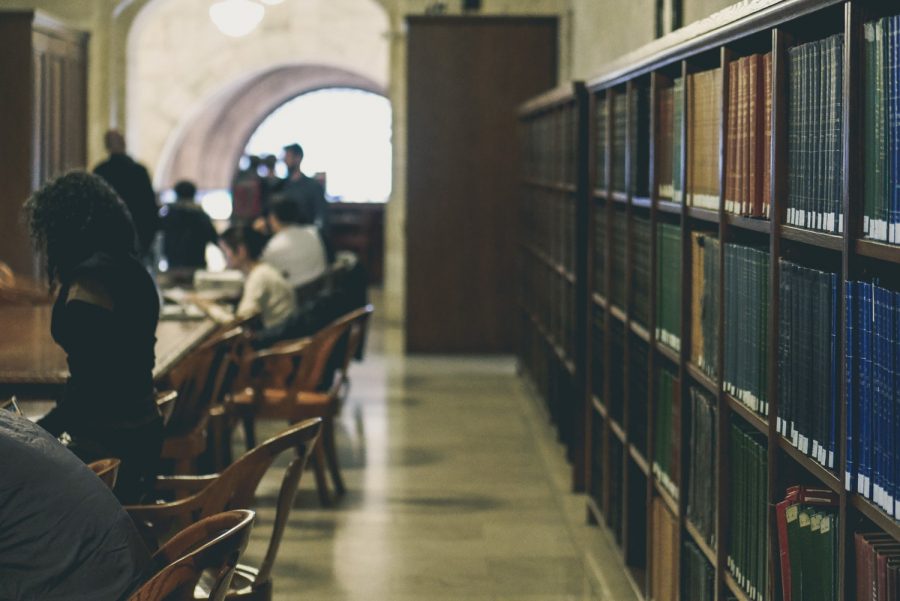 A school you once thought was a safe space for learning has now turned into a warzone between you and students who constantly fire negativity your way. The public school system’s way of handling bullying, on multiple occasions, has caused students to pack their backpacks with Tec-9s and sawed-off shotguns instead of notebooks.

Imagine you’re walking through the halls to get to class when students you barely know walk by and throw trash at you, call you degrading names and shout inappropriate slurs directed right at you. A school you once thought was a safe space for learning has now turned into a warzone between you and students who constantly fire negativity your way. From the way you dress to the way you talk.

This problem continues on as days turn into weeks, weeks turn into months and months turn into years. You decide to finally take up the issue with the administration, but the problem is, the bullies are well-liked by staff, students and parents. The bullies eventually face little to no punishment as they are well-respected by the school administration.

Days go by and nothing changes, in fact, you have now only added fuel to their fire as the bullying increases. Years on end of torment will create rage and resentment towards the perpetrators, creating bottled up anger and thoughts of getting revenge.

Most students would get revenge by calling them mean names back or trying to fight them after class, but around the turn of the last century, some students have decided to enforce their own type of revenge: murder.

The public school system’s way of handling bullying, on multiple occasions, has caused students to pack their backpacks with Tec-9s and sawed-off shotguns instead of notebooks.

“Victims of bullying are emotionally distressed and socially marginalized among classmates,” in an article written by Jaana Juvonen, titled Bullying Among Young Adolescents, the Strong, the Weak and the Troubled.

This cycle of bullying and isolation due to other classmates causes students to feel unwanted and like outcasts. These feelings of loneliness and anger can push some mentally unstable students to spite their classmates and bring up new thoughts of revenge and killing.

Former Columbine massacre survivor, and friend of the shooters, Brooks Brown, wrote a book titled “No Easy Answers: The Truth Behind Death at Columbine.” In his book, he explains how students higher up in the social ladder would relentlessly bully the soon-to-be shooters, Eric Harris (18) and Dylan Klebold (17).

“Everyone Huerter interviewed described the pair as ‘loners’ and ‘often the brunt of ridicule and bullying.’ Although no one had specifics about when and the degree of bullying they received, most often it was about shoving, pushing and name-calling,” Brown wrote.

Another student who attended Columbine during the massacre said that she believed, “cliques and bullying were just part of being in school.” Other students who were faced with bullying tried reporting the incidents with their parents and were “often left with unsatisfactory results,” because the bullies were “popular among the administration.”

To think if Columbine’s administration had done more to prevent bullying and help bullying-victims earlier on, maybe the Columbine massacre would have never happened.

On Feb. 14, 2018, a former Marjory Stoneman Douglas High School student, Nikolas Cruz (19), took it upon himself to arm himself with an AR-15 semi-automatic rifle and enter Stoneman Douglas during school hours to get his revenge on students who had picked on him in the previous years.

In an article written shortly after the incident, Julie Brown states that Cruz’s longtime family friend believes he was “ostracized his whole life.”

“Someone could have approached a faculty member, a guidance counselor, a teacher and said, ‘This kid gets bullied a lot, someone should do something,’ I definitely regret not saying anything,” Student Manolo Alvarez said.

In this incident, nobody at school even felt the need to help Cruz in his time of bullying because they thought it wasn’t important, but Cruz was mentally unstable and the bullying and degradation from students are what pushed him to kill.

This shows that there is a large population of students being bullied, who aren’t reporting it. Students may not report the bullying they see because they believe nothing will come of it, or it will just encourage bullies to pick on them more.

The system of approaching bullying in public school is old and outdated. Schools should treat all bullies the same whether they are popular among administration or not. The methods public schools have been using for years aren’t effective and don’t do bully-victims justice. If the bully-victim is mentally unstable, all the torment can eventually push a student to kill.

It’s time for a change, now more than ever.