The Benefits of Banishing Blaring Bells 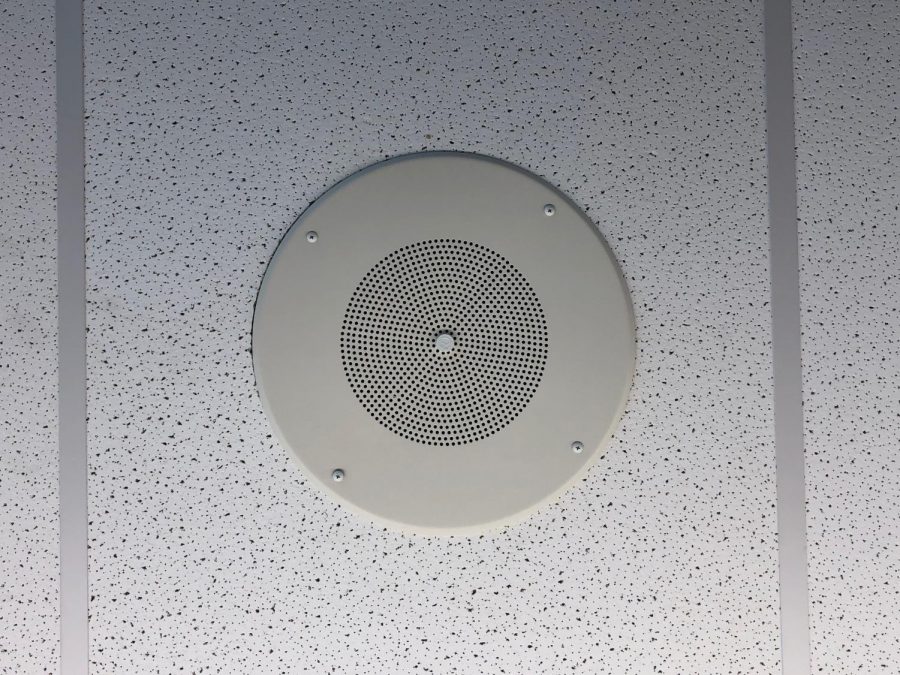 Your typical school bell on the Sage Creek campus is run through the PA system. Although unassuming, on the roof of every classroom, its screams can damage students ears on the daily.

They head out of their rooms. In the quad, they spend time with their friends.

They go back inside, not to classrooms but to prisons.

The school has become a prison — the students, prisoners and the teachers, wardens — due to the blaring of the school bell.

The bell’s ever so harmonious toll reminds the students once more that they have no say in their daily routine, so the two weeks of AP testing were a blissful release, and the silent times were not lost upon the student body. Smiles permeated the walkways instead of the usual cold glances; but as the alarms come back into phase, students’ demeanors change once more, but now they start to question why are the bells there in the first place.

High school is a place of learning about how to become a well operating member of society, training students in the skills they need to survive: writing, reading comprehension and math, but apparently, time management did not quite make the cut. I’ve never heard of an alarm bell ringing at the start and end of every meeting and lunch in the workplace. The preparation for the real world or college is incomplete, if you do not train students to have a fraction of the independence we will have down the road.

Bells have been used in schools since their founding to signal the start and end of classes, but their use nowadays seems simply one of habit rather than importance. Back before every student had a watch on their phone, or a clock on the wall of the classroom, bells were needed to keep students on task and on schedule. Modern technology, however, has allowed for this archaic system to become just that: archaic. Students do not need to be Pavlov’d into submission anymore to make sure we show up to class on time.

The bells are also simply not accurate in telling students what to do. Any student in high school can attest to a teacher that claims, “I dismiss you, not the bell.” But if the teacher tells us when to leave, then why do we continue to suffer hearing damage for no reason? Their use is merely an outdated tradition we take part in for tradition’s sake while causing damage to students hearing.

Data from the Center for Hearing and Communication claims that even in elementary schools, bells were often 20 decibels above dangers levels, and this holds true at Sage Creek whose decibel levels were found to be well over safety levels through empirical testing. Although the short bursts of loud might not be too damaging just as a one-off, their repeated use can be.

At Sage, the bells ring for about three seconds 57 times per week on a typical school week. This puts students at just under three minutes of damaging levels per week. This number becomes even more outrageous when you look at a school year and a high school career which come out to nearly two and eight hours respectively, well into damaging levels, without even taking into account extra bells during assemblies and other non-standard days.

Those who argue in favor of the bells claim that the student body needs them to keep things running smoothly, but this simply is not the case. We already know from our extended experimental phase of AP testing that students, teachers, admin and classified staff can get on just as fine without them. So, saving our hearing by getting rid of them will not create panic in the walkways.

In fact, getting rid of the bells is one of the easiest ways to improve our campus. With the push of an off button, Sage can teach its students an important life management skill for any job with no difficulty or expense. And who knows, it may even bring back the light of a smile in our unusually cloudy season.