Justice League: What Could Have Been 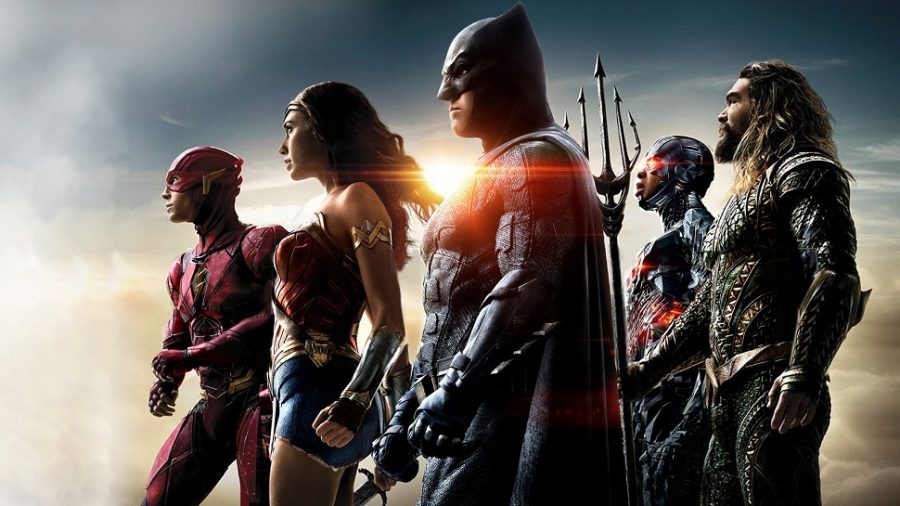 This article follows-up from a previous article from a year ago. To gather a much better understanding of the material being discussed, it is recommended to check out both the film itself and the previous article.

Aired in 2017, “Justice League” has become a piece of discussion. From the many changes of screenwriters to the troubled film production to the petition of a director’s cut, the film has become a huge point of conversation and debate.

Since then, many other factors circling around this project have changed. Director Zack Snyder has since then been a no-show and has taken the majority of his time being with his family. Ben Affleck and Henry Cavill have stepped down from their respective roles of Batman and Superman while Ezra Miller will most likely be stepping down as The Flash in the next coming weeks.

Now, after almost an entire year, Snyder returns to the spotlight once again. He has announced his next project to be a collaboration with Netflix, which is a zombie project entitled “Army of the Dead.” But, more notably, Snyder recently held a fan event of which he screened all of his projects to fans of his. After each project was shown, they then opened up a Q&A to both Snyder and some of the cast and crew from each project shown.

After they screened “Justice League,” many asked lots of questions regarding the production and the possibility of a potential director’s cut coming to home release in the near future. Snyder revealed a lot of things that now give more context and connective tissue to reports made previously. What I have done is lay out each phase of the development of this project; from its pitch to the idea itself. So, let’s begin.

Within the original pitch made to Warner Bros, The Knightmare sequence in 2016’s “Batman v Superman: Dawn of Justice” was going to come true in 2017’s “Justice League” and many of the elements shown in that scene would be followed up and answered throughout. Darkseid would have been introduced in the first film and he would have killed off Lois Lane, which would lead back to the Knightmare scene. Batman, Flash and a broken Cyborg would be depicted through this sequence. Batman would send Flash back in time to save Lois Lane, which would provide the connection between “Batman v Superman: Dawn of Justice” and “Justice League.”

The reason for this idea never getting off the ground has two parts. The first of which is the success and reception of “Batman v Superman: Dawn of Justice.” The box office take fell short of the company’s expectations. The film brought over 870 million total, which is still a huge financial success in and of itself. The company, however, was expecting it to cross 1 billion and the results show that wasn’t achieved. The film opened to 166 million on its opening weekend but dropped 69.1% on its second weekend, which is considered the second greatest decline in any superhero film.

The second of which lies in the pitch itself. I completely understand why the pitch never went through because the context was too early to use; particularly with the universe established at the time. It wouldn’t feel needed or necessary to push this story in this time of the universe. This would fit much more if used later when we have more of an idea of the foundation.

After making rewrites, the company and Snyder finally came to an agreement and moved forward with an idea. From reliable sources, here is what might have been the original idea that was in development at the time.

The original plan, from what Snyder presented, is to expand into three separate films. In other words, a Snyder-“Justice League” trilogy was on the table at the time.

The film’s ending we saw is the same with the exception of one major difference. We would have indeed been introduced to Darkseid and his home planet: Apokolips. The Justice League would then know of his existence, which would then lead to the idea for the follow-up.

The follow-up would see our heroes enter the regions of space and adventure to Apokolips. The Green Lantern Corps would have been introduced and presumably heavily involved throughout. The end of the second would see our heroes in defeat and Darkseid entering Earth and initiating what would become the Knightmare sequence as previously discussed.

As for the third, it would be an all-out war against Darkseid and the forces of Apokolips. Snyder confirmed that Batman himself would have been killed off; making it the first time Batman would have been killed on the big screen. It is not confirmed where in the trilogy this would happen but one can assume that this would be presented here in the conclusion of what might have been.

Snyder himself has yet to confirm all of the details presented. However, based on trusted sources and of the direction Snyder was taking his narrative, the information presented here seems fairly accurate to where the story was being taken.

For many months now, fans have been eagerly anticipating the release of the original cut from Snyder. During an autograph signing at the fan event, Snyder confirmed that there is indeed a cut that exists. He also went on to confirm that it lies within the company’s decision and interest to release it or not.

Now, here is what everything leads to. Everything comes to one simple question: Will the company release the original cut? The answer is no.

Snyder also went on to state that his cut requires some more rendering and assistance in the visual department. This statement holds the main reason why the company won’t release the cut.

As we have seen more recently, the solo-superhero pieces from the company have gone on to harness huge financial success and positive reception. With their team-up pieces, more notably “Justice League,” it didn’t gain the success nor reception the company was hoping it would receive. The film’s total box office take was over 650 million under a 300 million budget. According to reports, the film lost the studio between 50 to 100 million as a result.

Taken this into account, and many asking for this “Snyder Cut,” do you think that a company that lost 50 to 100 million from an IP would then invest again to another version of that exact same IP that lost them money in the first place? A version of which requires more rendering before being released which would lead to a need of money.

The simple and straightforward conclusion is that this version will not see the light of day because of the amount the studio lost from its theatrical run. The company is now more focused on solo-superhero centric stories such as “Shazam!” and the upcoming “Wonder Woman 1984.” History has now repeated itself.

This was the story of what could have been.