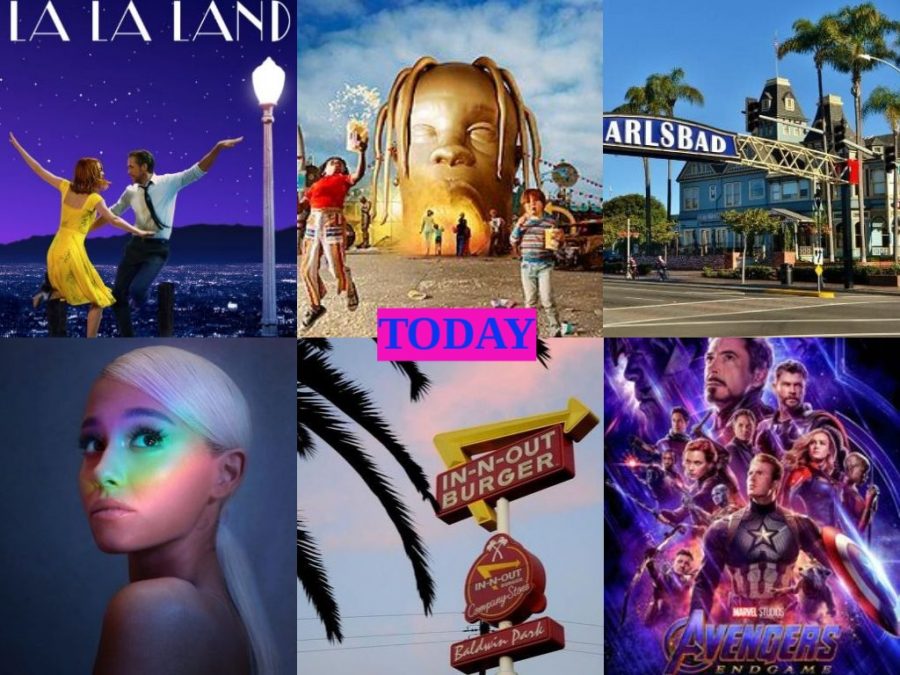 Gabe Teymourian (senior): “I like to not wear what everyone else wears.”

“I listen to a grand variety of music.”

“Kids back then were more interpersonal, they would talk to each other. There’s less of that, with kids on their phones during lunch, and just less communication.”

“Without technology, I don’t think I would have a problem with talking to my friends outside of class.”

“Social media has allowed me to make a lot more friends and learn more about people. Making plans is a lot easier, and having a social life is easier because you can just communicate with people from home.”

“I think that some of the negatives of social media are just that how you portray yourself is fake sometimes, and people get sad about how many likes they get when it’s just a number. It shouldn’t determine who you are.”

“I love listening to oldies while driving the coast with my friends.”

“I think that the fashion from the 70s has come back around.”

“We use technology in every single class.”

“Social media has definitely broadened the number of people I can connect to.”

“With people that you don’t know, you tend to only have that quick snapshot that they posted to judge them by or even if you don’t mean to make a judgment, it just happens anyway.”

“I would not know all of the people I know today without technology.”

“People are more confident behind their screens.”

“You are able to meet a new friend through social media.”