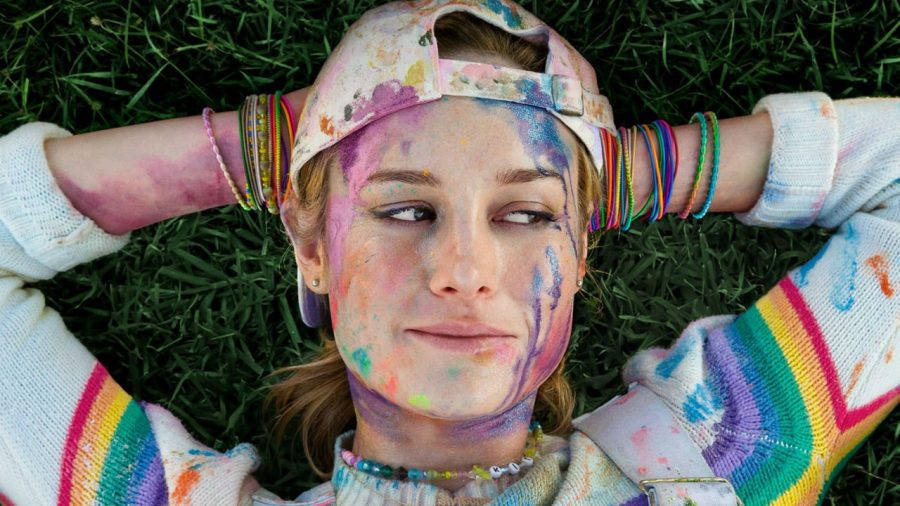 Brie Larson is set to have a busy year for 2019. Her superhero-origin film “Captain Marvel” is still in theaters and recently crossed $1 billion at the box office. She is also set to reprise her role in the upcoming superhero-crossover “Avengers: Endgame.” During spring break, Netflix added Larson’s directorial debut entitled “Unicorn Store” to its website. It had its world premiere two years ago at 2017’s Toronto International Film Festival and is now officially released for streaming on Netflix.

So, how was the film? Is it a good start for Larson behind the camera? Let’s talk about it.

“Unicorn Store” tells the story of Kit (played by Brie Larson), who receives an invitation from a mysterious figure (played by Samuel L. Jackson). A figure that can fulfill a childhood dream of hers, which is to have her own real-life unicorn.

The film is a sweet and small, independent piece with some fun moments coupled throughout. All of which, transitions into my first positive which comes from Larson herself. She delivers a charming and relatable performance. Her character’s personality is a kid inside an adult’s body and has a mind full of wonder.

The biggest and most obvious question is this: How was Larson as a filmmaker? Her directing skills show lots of potential and promise for her in the near future. She showcases her own flavor and style and is not trying to copy another, which I greatly appreciate.

The second half of the piece felt more grounded and balanced. The storytelling runs much smoother towards the end. Speaking of, the story itself is engaging and interesting to watch. You are never bored watching it. It also provides messages that are both relatable and important.

The messages it touches on are outsiders and the wanting to stay with your youth and not wanting to grow up. I can personally resonate with these themes and can understand the character’s emotions, which added a connection for myself and for other viewers as a result.

No film is perfect, however,  that being said, the film has some small issues.

The first of which is the first half of the film. It chooses to focus more on the visual variety and lacks the needed depth and meaning to back up the visuals being presented. Because of this, the viewer is looking at a lot of style that holds no substance. The visuals ultimately become a prop rather than a story tactic.

The second of which is from Samuel L. Jackson. He was very underused and lacked a complete identity. His character was given as much as the story could give him, but the lack of characteristics made his character uninteresting. His performance was very wacky and expressive, which came across more forced than natural.

“Unicorn Store” is a solid start for Larson. It’s a sweet piece that holds a nice message and a very compelling and charming character in Kit. I look forward to seeing more from Larson behind the camera very soon.