Why that Fuzzy Orange Photo Matters 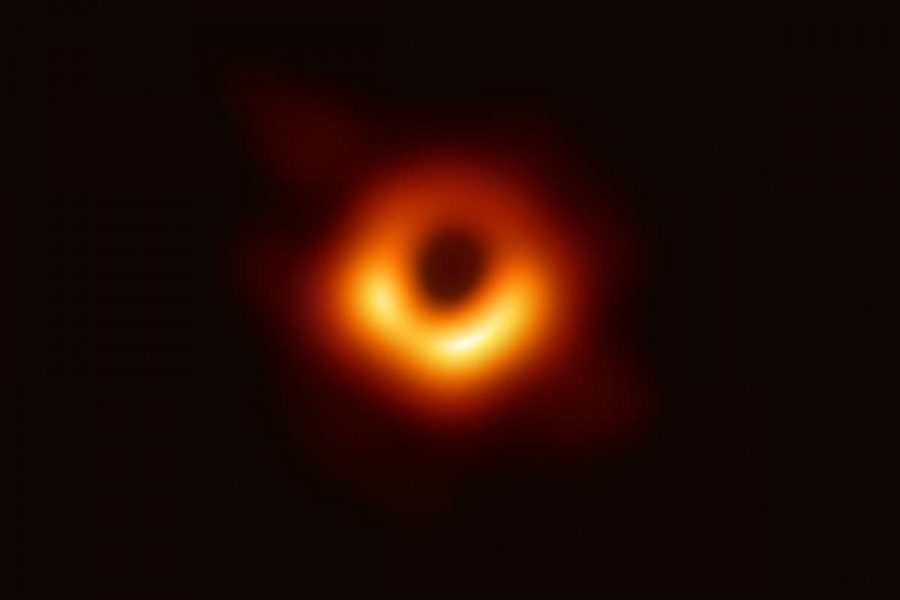 Taken from the National Science Foundation

This is the first real image of a black hole. Although it may not look like much, this image took eight telescopes, four continents and over two years to create.

This past Wednesday, April 10, scientists from the program Event Horizon released the first actual images of a black hole, the celestial object, up until now, a mere hypothesis. In eight simultaneous press releases, the image of the black hole in galaxy M87, 55 million light-years away was revealed to the public. This achievement is spectacular for several reasons, and not just in the realm of science.
What is a black hole?
A black hole is an object in which matter is packed so densely, it falls in onto itself, forming a point of infinite density. What we “see” when we see black holes is actually just the outermost layer, the event horizon, where the program responsible for the image gets its name.

The event horizon is the “point-of-no-return” for anything and everything; once crossed, nothing, not even light, can escape its gravitational pull. This is why black holes get their characteristic black shell and circular shape.

Black holes were first hypothesized in the late 1700s, but at the time did not receive much attention until Albert Einstein rolled around. When, in 1915, the world recognized physicist published his theory of general relativity, a puzzling solution to the complex formulas it used was found (the theory released formulas describing how the universe worked in differential equations, some fancy math that tells you how things change. Solutions to these equations describe different scenarios).

Two men independently came across a solution in which matter collapsed in upon itself into a point of infinite density. If it seems hard to grasp, that’s because it is; in fact, it took 43 years after the papers initial release for a “golden age” of discoveries and hundreds of scientists to reach the point of understanding we are at currently.

These types of objects often appear in science fiction works, where their strange effects provide screenwriters the perfect out to a confusing plot point. Some of these features aren’t so far fetched; Interstellar, for example, used a supermassive black hole to explain the difference in time experienced via time dilation, which can actually happen.

Other funky things black holes may or may not be able to do include:

Why this image matters?

While you may think this fuzzy image doesn’t mean a whole lot, I mean if you simply google “black hole” and go to images, a bunch of much more detailed images appears. What separates this image from the rest, is that this is the first real image; everything else is mere speculation on what black holes could look like, created by artists.

This image is also a testament to the incredible work done in the field of radio imaging. In order to achieve such a high-quality image (fuzzy doesn’t mean low quality), multiple satellites had to watch the same position in the sky on and off for 10 days, all at the exact same time, synced by atomic clocks which lose one second every 200 million years. This technological marvel would have astounded even the sharpest minds when the black hole theory was being developed.

Aside from the technical aspect of generating the data for this image, the work itself also speaks to great lengths. Event Horizon is one of many international and intercontinental organizations actively working for the purpose of furthering human knowledge. Programs like this tell how we can put aside what divides us, even oceans, to grow our own horizons. The information studies generated by these types of groups allows us to learn everything we can about this place we call home, whether it be our planet, galaxy or universe.