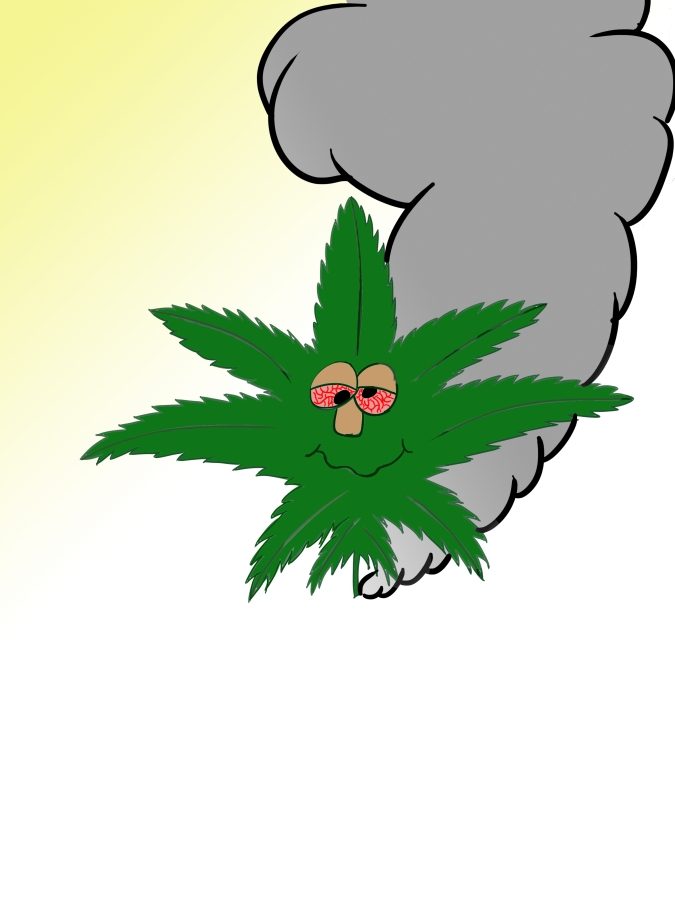 Marijuana legalization has been a big subject for a long time in America, but the pressure has risen in California.

“It wouldn’t be the best idea,” sophomores Rayne Dwyer and Jordyn Zurek agreed. They, along with many of the people who don’t agree with the proposition, believe it could be “dangerous on the road,” according to Dwyer. Colorado enforcement officials have reported that DUI accidents and arrests have skyrocketed 400 percent since the legalization of marijuana in their state. Dwyer said she finds this to be “a scary thought.” Especially with high schoolers being new to the road this could be really dangerous.

Another point of concern is the issue of marijuana ads airing on TV where thousands of kids are watching.

“I think Prop 64 would be a good thing, but there are definitely some downs to it. I know I wouldn’t want my kids seeing any commercials about weed on TV,” Dwyer said. This issue could also be problematic for parents.

The concern amongst most parents is that it would be “easier” for teenagers and kids to get a hold of the drugs. Studies in Colorado prove that marijuana usage didn’t go up or down when it became legal. Zurek and Williams both agreed that it should be the person’s responsibility and choice if they want to smoke.

“I don’t see it as a bad thing, or necessarily a good thing either. Smoke is smoke. Putting that in your lungs is never good,” sophomore Lindsey Williams said. “Yeah, there are some health benefits to it, but I personally don’t see it as a good idea.”

Many people believe that everyone should be able to do what they want. Proponents of the measure seem very sure that everything will be fine once marijuana is eventually legal to use. Based on current polls and trends, the legalization of marijuana is inevitable, if not in this election, then very soon.

“I’m sure the entire country will be pressured into making it okay to use,” Williams said.

Scientific studies have shown that alcohol is worse for you the than marijuana is, which is another facet of the marijuana debate. But, marijuana use is not limited to smoking; it can be used as a food additive, marketed in products such as brownies.

“Weed and alcohol are two completely different things,” Dwyer said, “Alcohol makes you ‘stupid’ and weed puts you in a whole different state of mind.”

A Washington study shows that people who are high are 16 times more likely to get in a car and drive and think they are fine than someone who has been drinking alcohol, especially amongst teens. One of the major negative effects is that it’s been shown to stunt brain development if taken before the age of 18.

Marijuana has been shown to have a number of health benefits, such as a treatment for Glaucoma. Glaucoma is a group of diseases that damage the eye’s optic nerve and can result in vision loss and blindness. It also serves for epileptic seizures, or pain due to illness. In some cases, it’s been determined to stop the spread of certain cancers through the body. If smoked in moderation, the drug can also help air flow through the lungs.

The issue of legalizing marijuana has been a very hot topic for a number of years. There are definitely health benefits associated with its use, but it has also proven to be a safety and criminal issue in some of the states that have already legalized. So, in the end it’s the people’s choice. The fate of California will be decided soon.