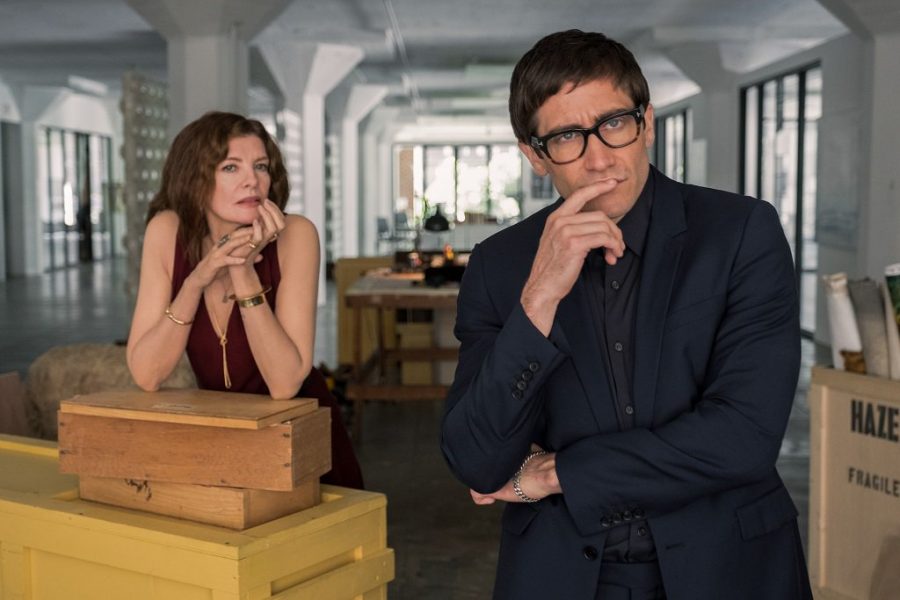 Some actors in Hollywood have a filmmaker they work with closely and produce many forms of art together. The more notable collaborations are Leonardo DiCaprio with Martin Scorsese, Michael Caine with Christopher Nolan, and Johnny Depp with Tim Burton.

Jake Gyllenhaal, who is arguably one of the most underrated actors in the modern film industry, seems to have found his collaborator in Dan Gilroy. Their first collaboration came in 2014’s “Nightcrawler,” which was a critical and financial hit. I personally loved the style and transformative performance from Gyllenhaal. Now, Gilroy, Gyllenhaal and Rene Russo, who also worked on “Nightcrawler,” reunite for the horror slasher entitled “Velvet Buzzsaw.”

The film premiered this past month in January at the 2019 Sundance Film Festival and then was released at the beginning of February on Netflix. So, how is the film? Does it live up to the first collaboration? Let’s talk about it.

“Velvet Buzzsaw” centers itself in the world of art and paintings. When a series of paintings by an unknown artist are discovered, the paintings are slowly revealed to be more than meets the eye.

“Velvet Buzzsaw” relies solely on what the viewer is expecting going into it. There are many who were hoping for this to be a straight horror picture and have the many elements of a horror movie implemented throughout. What you really get here is a picture that takes its time presenting each character and each horror element, such as jumpscares or imagery, and I really liked that.

The performances all around— from the main and supporting cast— were great. Gyllenhaal once again delivers in this film and is the standout of the whole cast. He brings lots of life and personality to his role. He sometimes overplays his part which works for his and the silly film’s benefit alike.

As previously mentioned, the film takes its time presenting to us each individual character. This is not a character-driven film. It’s a film that centers itself amongst a group of characters within the same industry, which in this case would be the art world. In many other slashers, the characters’ purposes are to be something for the supernatural element to kill.

In this, it’s no different. But, we get a reasonable understanding as to who each character acts and their own personalities. In short, this is a slasher that develops its characters first before introducing the supernatural.

The idea of paintings coming to life is pretty silly and the film is intentional in this. It uses the ridiculous and embraces it. It never tries to go anywhere deeper or more thought-provoking because that’s not what the piece is. From watching the trailer, it’s made very clear that this is a slasher not meant to be taken seriously but more meant to be made for fun.

The one area of criticism I find is the lack of horror when the horror shows itself. I didn’t react to any of the jump scares or feel disturbed by any imagery. I found myself more fascinated than scared about what was going on.

“Velvet Buzzsaw” is a slasher that is meant to entertain. If you go into it with that mentality, I can see people enjoying this. However, if you, like many others, were expecting this to be a more serious and straight horror, I can definitely see people not getting on board with this. It is nowhere as good as “Nightcrawler,” but, for me, it is a good follow-up to that piece of work. I sincerely hope to see more collaborative efforts from both Gilroy and Gyllenhaal.