Juniors Plan For A Busy Year 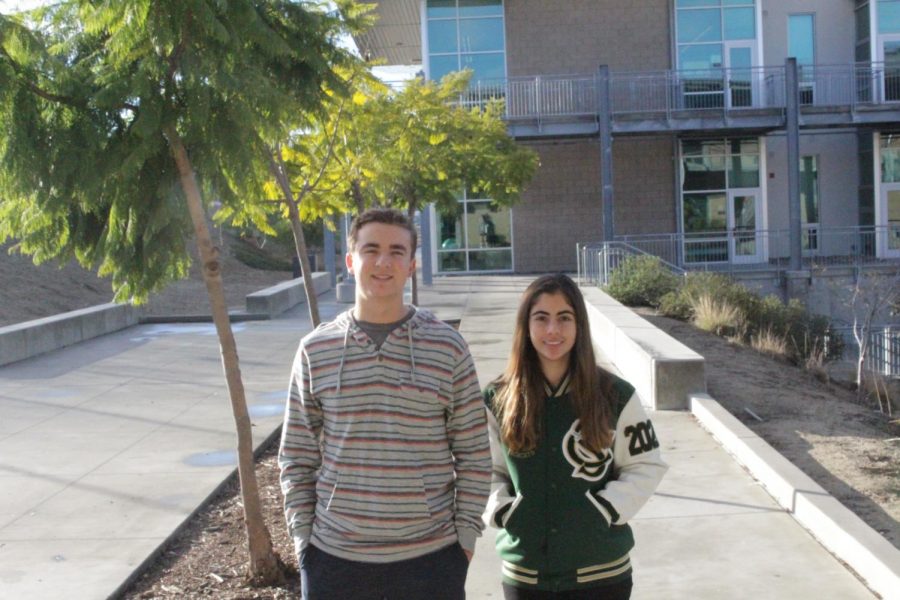 President Katelyn Kennedy and Vice President Jacob Caruso pose for a photo. Both leaders are excited and ready for what junior year brings.

For juniors, who have been upperclassmen for a little less than half the school year, their most important years of high school are at their peak.

Kennedy joined the class council because she “likes being a leader and having a say in things.”

Vice President Jacob Caruso said his plans for being vice president are to “raise money and support [his] president [with] raising those funds.”

President Katelyn Kennedy stated that they had a fundraiser at BJ’s on pizookie night and will have other fundraisers at different restaurants throughout the year.

With senior year coming up, the junior class has to prepare for prom next year. But this isn’t the only thing the juniors have to look forward to this school year.

The year it all starts, the genius project. The widely popular Sage Creek Genius Project roams around the school every year and is a known thing by junior year.

Junior Emma Paul says herself that she is excited about the genius project. This year, juniors will have to start thinking of their idea for the genius project and start it in their first trimester English class.

As well as the Genius Project, college and the SAT/ACT is just around the corner for these juniors. This year will be the most important for juniors as, “generally colleges care most about the grades you got junior year” (Prepscholar).

So, if you’re a junior, make sure to be on top of your grades especially for this year. Also, start looking for colleges that seem to interest you for next year to make your application process a little more easier for next year. The SAT and/or ACT is a mandatory test that the majority of juniors will have to take this year. This is a crucial test needed to be taken for applications on college.

These junior Bobbies have a lot going on this year, but the end destination makes it all worth it.