From Bobcats to Hornets 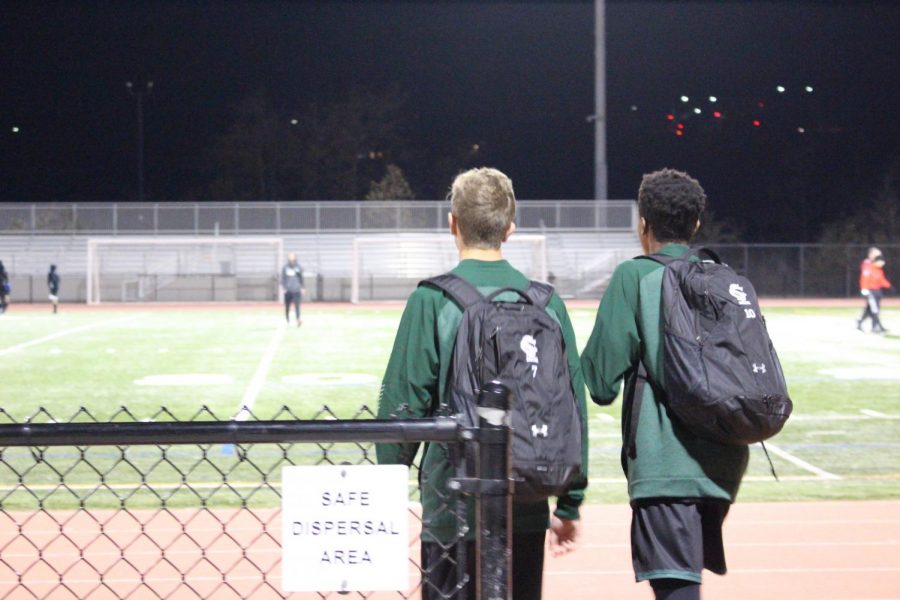 Titus Washington and Jet Trask walk onto the field ready to secure the win against the opposing team. Their next game is Tuesday, Jan. 15 at Oceanside high school.

It’s the start of the first game of the season. The whole team is in a huddle as Jett Trask says “we can go home, but we won’t.” The opponent is watching as the team yells “BOBCATS” and runs onto the field. The energy from the players makes anyone want to get up and join them in the first match of the season. Team captains Titus Washington and Jett Trask lead the charge as the game begins.

Sacramento State has signed seniors Titus Washington and Jett Trask to play for their men’s soccer program. Both Washington and Trask have been playing soccer for Sage Creek since freshman year and are currently the varsity team captains.

“When I got the actual offer, I was super stoked,” Trask says, “It was my first D1 offer, so I was really happy about it.”

Trask is both a leader and an outstanding player. As a team captain, he not only motivates his teammates but also encourages them to enjoy their time playing the sport. SCHS athletics has paved the way for Trask to reach his goal of playing at a Division 1 school.

“[Sage Creek] definitely helped me out a lot, I feel like I grow every single high school season and improve, and I love my team and my coaches,” Trask says.

Washington is not only a team captain for the team but has also played for LA Galaxy SD Elite as well as the San Diego Surf.

“We’ve been playing with each other since we were thirteen, so we’re really excited to keep playing [together],” Trask says.

“They’re really good leaders, their serious and fun at the same time,” Senior Beck Rinks says, “It’s not all fun and games, but at the end of the day they are trying to get the win and that’s what matters the most.”

Although Rinks has only played with Trask and Washington for one year, they have made a strong impression with their leadership and overall love for the sport.

With Sage Creek soccer continuing to grow every year the team is becoming a very intimidating rival for their opponents.

“I think that the soccer program as a whole is one of the best sports programs [at SCHS],” Rinks says, “It’s cool seeing how the program grows like I feel like our freshman are gonna be really good when they’re seniors.”

The boys soccer team has a very promising year ahead of them. Washington and Trask are ready to start their college education, however, their legacy will stay on the field forever.