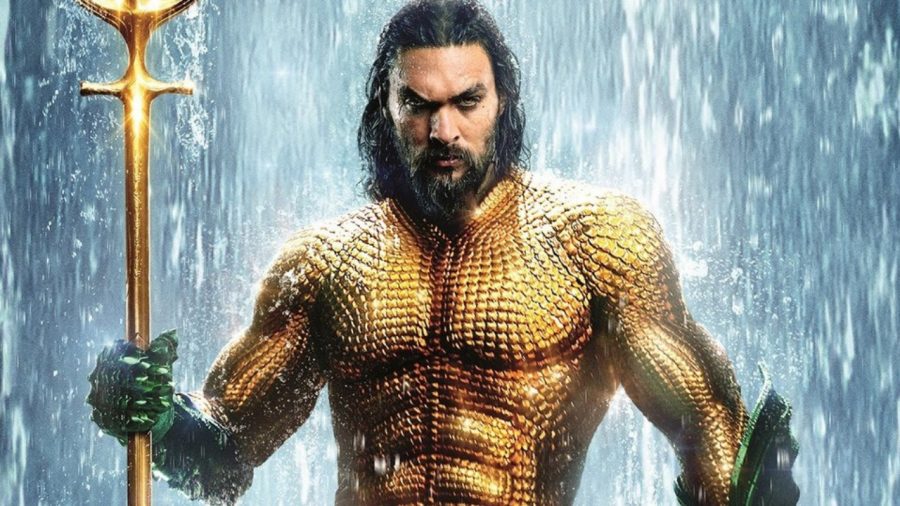 The superhero genre hit huge this year. In 2018, audiences were introduced to eight superhero films; ranging from “Black Panther” to “Avengers: Infinity War” to “Spider-Man: Into The Spider-Verse.” You may notice that there has been an absence of one part of the superhero genre: DC. The Worlds of DC’s last entry was 2017’s “Justice League,” which was met with financial success and mixed reactions. Now, the next chapter in the franchise has arisen from the depths of the sea. And that film is— “Aquaman.” The film stars Jason Momoa, Amber Heard, Patrick Wilson, Nicole Kidman, Yahya Abdul Mateen II, Willem Dafoe and Dolph Lundgren. It is directed by James Wan, who has previously worked on the first two “The Conjuring” films, 2004’s “Saw” and 2015’s “Furious 7.” So, how was it? Let’s talk about it.

To give you an idea of the story, “Aquaman” tells the origins of Arthur Curry (played by Jason Momoa) and his journey and quest to becoming the king of Atlantis. With both his underwater and his on-land home being threatened by his half-brother, King Orm (played by Patrick Wilson), Arthur must recruit the help of Mera (played by Amber Heard) and adventure to find the Trident of Atlan and take his place as protector of the deep.

In terms of what I liked, the world of Atlantis is fascinating to explore and adventure into. The visuals help enhance its environments and features. It helps provide audiences a sense of fascination and imagination. Wan’s strongest achievement in this film is establishing this world and giving audiences a good look into the world and mythology of Atlantis.

Another positive aspect is most of the supporting cast is solid. Kidman is the standout of the entire film. She portrays Queen Atlanta, who is the mother of Arthur Curry. Her story is what drives the film forward and ultimately keeps the audience engaged throughout. Dafoe played a very fun side-character who never got annoying or distracting. And Dolph Lundgren was surprisingly solid and was given a role that suited him very well.

If there‘s one main lead that I could talk about, it would easily be Patrick Wilson. He brought a solid performance as the film’s main antagonist. You understand his motives and actions in why he believes certain things must be done to protect the city of Atlantis.

Other than that, the film has a lot of issues. For starters, notice how I stated that most of the supporting cast worked. That’s because one, in particular, didn’t work at all. That being Yahya Abdul Mateen II as Black Manta. His character was given very basic development and was completely wasted throughout. He was a one-note villain that was there for only one purpose and one goal. The performance was fine; it’s just that he wasn’t given enough time to establish or develop his character. His arc and story felt rushed and uneven.

While I think Jason Momoa and Amber Heard were fine as their respective characters, I found a lack of chemistry between the two. Their relationship was forced and felt unnatural. Their performances are fine; it’s just that their dynamic together didn’t feel fully earned.

Lastly, the narrative structure didn’t fully work for me. The film does the story tactic of playing in both past and present events. Throughout, there are many flashback sequences that play into the present situation. However, it didn’t work for me personally and came off more messy than stylish.

In short, “Aquaman” was just fine. It doesn’t reinvent the wheel or bring anything new to the table. It’s very predictable, formulaic and is ultimately just another superhero film. It has its moments of fun and charm but ultimately doesn’t hit the highs that many were hoping it would do.