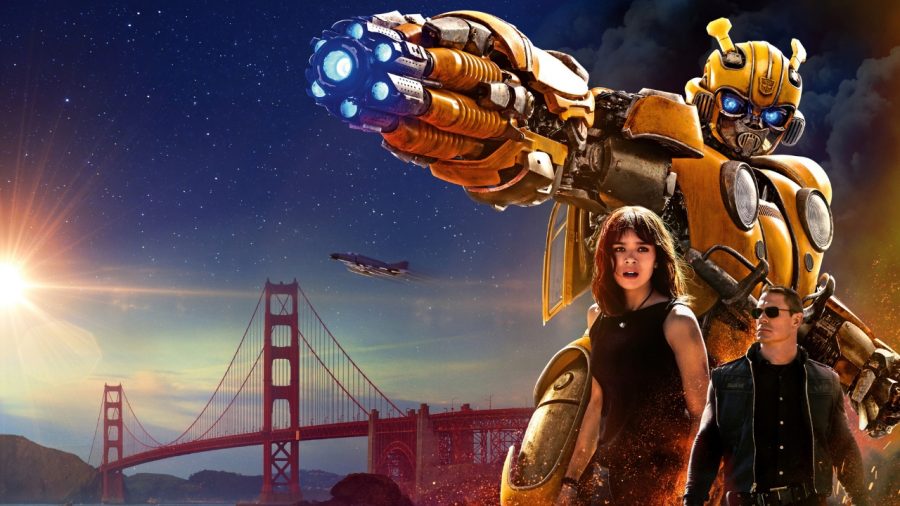 One of the most popular cartoons and toy-lines from the 1980s came in the form of The Transformers. The original show aired on television for four long years throughout the 80s, from 1984 to 1987.

In between the show’s lifespan, the first Transformers film, simply titled “Transformers: The Movie,” released in 1986. Now, in modern times, audiences have been introduced to the live-action franchise, which began in 2007. And the next installment in the series “Bumblebee” is rolling out into theaters this holiday season. The film stars Hailee Steinfeld, John Cena, Jorge Lendeborg Jr, Angela Bassett and Justin Theroux. It is directed by Travis Knight, who previously directed 2016’s “Kubo And The Two Strings.” I got a chance to check it out very early, and I am now allowed to say how I felt about it. Before I begin, this article will have no spoilers since this review is coming out one week in advance of its release. So, how was it? Let’s talk about it.

To give you an idea of the story, “Bumblebee” takes place 20 years before the original 2007 film. Set in 1987, a young girl named Charlie Watson (played by Hailee Steinfeld) takes home a yellow Volkswagen bug from her work. When she brings it back home, she quickly realizes that there’s more to this car than meets the eye.

“Bumblebee” is, without a doubt, the biggest surprise of 2018. The film is an absolute delight from start to finish. There are a couple of small issues with it but there’s a lot of positive to be had from this movie.

In terms of what I liked, the bond and friendship between Charlie Watson and Bumblebee is the highlight of the entire film. Their chemistry together was great and lead to many heartfelt and emotional moments throughout. What really makes this bond work so well and is also another highlight is the strong character development for both the robot and human characters. From its main and supporting cast, everyone is given enough development and each character is given a proper identity rather than being a one-note.

What ultimately sold me on this movie and has been lacking badly in the other installments can be summarized in one singular word: simplicity. The problem with the other installments was that the storylines were needlessly complex and had too many side-plots or characters that no one can really get attached to. With this film, however, it has one basic but effective story that carries throughout the whole time. You are never bored or lost watching it. There’s a wonderful theme of both friendship and family that brings a lot of heart and joy to what has been a very bloated franchise. Also, the humor surprisingly works. One of the biggest complaints about the live-action franchise is the bad use and attempt at humor. The jokes would usually never land and sometimes come off as either racist or just flat out dumb. However, the humor is great here and is timed perfectly; especially one particularly joke, which I won’t say.

The biggest reason someone might go see this film is for the nostalgic factor; from both the original Transformers designs and the 80s in general, which leads me to talk about the opening minutes of the movie. Without saying anything, the first five minutes of this film are absolutely awesome. If you are a Transformers fan, particularly of the 80s cartoon, you are going to love the opening minutes of this film. The original Transformers designs, usually referred to as the G1 designs, were spot-on. With the exception of Bumblebee himself, who still retains some of his live-action models, the G1 designs are beautiful and stunning. The direction of the film is great and shows that the man behind the camera really has a love for the source material.

Speaking of Bumblebee, the title character himself is absolutely adorable. If there’s one film comparison I can make, it would easily be “ET.” The character of Bumblebee acts very similarly to ET and it works so well to his benefit. Both present characteristics that range from pure innocence to huge sparks of kindness and vulnerability. Bumblebee himself is cute, funny and acts like a young boy with a big curiosity about the bigger world. Also, Hailee Steinfeld delivers a great central performance. She brings lots of heart, emotion and passion to her character. John Cena also does a good job with what he is given in this movie. He’s provided a role that fits for him in the story being told.

Now, in terms of what I didn’t like, some other characters were not fully fleshed out. Most notably, the Decepticons, Shatter (voiced by Angela Bassett) and Dropkick (voiced by Justin Theroux) were given a decent amount of development but not enough. We understand their motives but don’t get a bigger sense as to who these Decepticons are besides that there are the bad guys and that they are triple changers; meaning that they have three different modes.

Other than that, “Bumblebee” is easily the best transformers film to date and is one of the most heartwarming films of the year. It’s heartfelt, funny and surprisingly emotional at some points. It has a great balance between action and character. It’s not just a good transformers film, it’s also a well-made film that you should definitely check out this holiday season.