Hold The Dark Review: An Unsettling Yet Fascinating Experience 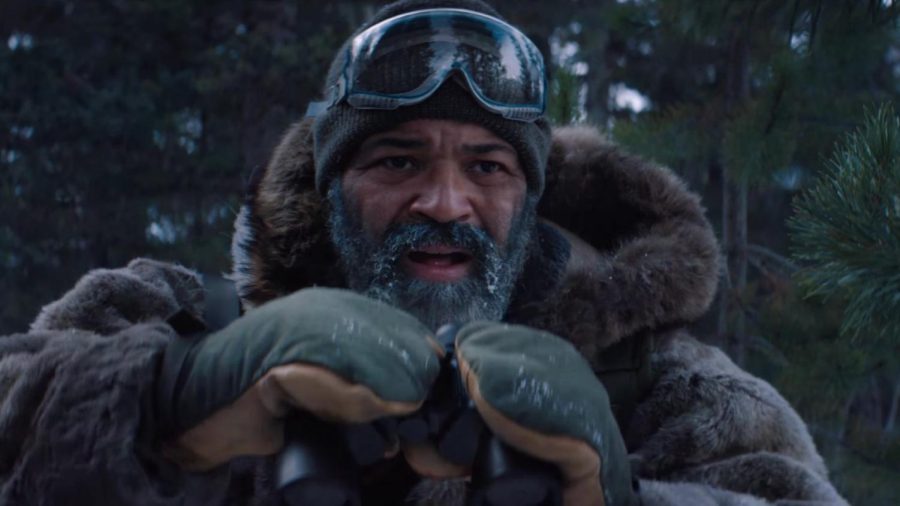 As Mark Hamill said in “Star Wars: The Last Jedi:” “This is not going to go the way you think.”

At this year’s Toronto International Film Festival, there were many different forms of art presented and screened. If you would like to read more about the event, you can read my previous article right here. One of the many projects screened at the festival was the Netflix thriller: “Hold The Dark.” It had its world premiere at the festival and is now available for viewing on Netflix. The American thriller stars Jeffrey Wright, Alexander Skarsgard and Riley Keough. It’s directed by Jeremy Saulnier, who has previously worked on 2016’s “Green Room” and 2014’s “Blue Rain”. So, how did the film do? Let’s talk about it.

Without spoiling much, and believe me there is a lot to spoil, “Hold The Dark” centers around a retired naturalist and fox expert named Russell Core (played by Jeffrey Wright), who journeys into northern Alaska to help a young mother (played by Riley Keough) find her lost son. While searching for her son, Russell finds out very quickly that the situation he’s got himself into is more than meets the eye.

In terms of what I liked, the cinematography is breathtaking and great. It helps establish the tone it wants to be and makes it feel grounded and realistic. There is no doubt that the director was very inspired by 2016’s “The Revenant.” One of the many reasons why is the environments that the characters are in. There are shots and certain scenes in this film that play out almost exactly how “The Revenant” did. And that isn’t a bad thing at all. In fact, in many ways, it helps the film move forward. The film also provides an excellent score that immerses you throughout.

The narrative is the big point of discussion. Many moviegoers and critics have different viewpoints on the story being presented and told. For me, I find the story to be very ambitious and something that we haven’t seen before. There’s many different themes and messages that can be gathered and dissected. This is one of those films that is meant to be analyzed and discussed amongst others who have seen the film as well.

In terms of what I didn’t like, most of the performances are tasteless and bland. Wright and Skarsgard both seemed miscast and acted very dull on screen. Skarsgard has one expression throughout the film and gets annoying very quick. Wright didn’t fit the role he was playing and felt awkward as a result. I feel that actors, like Jake Gyllenhaal and Joaquin Phoenix, would have filled out those roles more than who we had here. Keough is the only person that fit the role they were playing.

Also, the first 20 minutes are extremely boring. It’s a slow-burn type film, the movie takes its time to build itself up. It becomes very entertaining after that, but it’s a tough first 20 minutes to get through.

Other than that, “Hold The Dark” is a very fascinating viewing experience. It’s a thriller that makes you think up to the end. It’s a dark, brutal, unsettling but yet intriguing narrative being presented. Even though the performances didn’t fully work, it succeeds greatly as a story-driven piece that will make you think after your viewing.

Let me know in the comments how you felt about Jeremy Saulnier’s latest film: “Hold The Dark.”