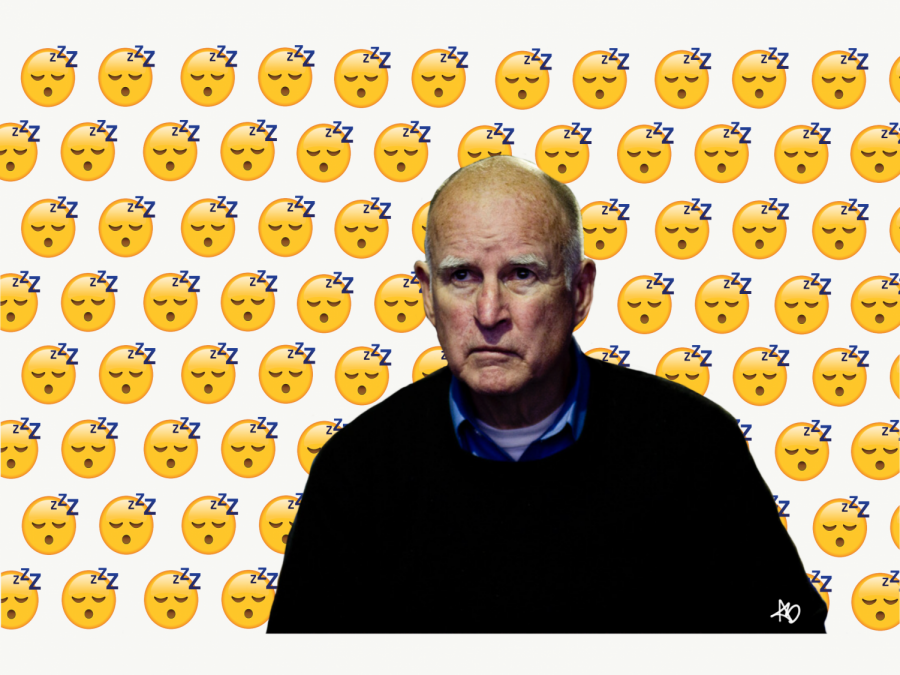 Governor Edmund Brown sends back a bill without his signature that would have moved start times for high schools in California to 8:30 a.m. The governor said it is an issue best decided at a local level.

We all need it. We all could use more of it. A recent bill that passed across Governor Edmund Brown’s desk last month could have moved all high school start times in California to 8:30 a.m. at the earliest.

Sleep deprivation and general lack of sleep in teens is not uncommon. One of the ways our school combats this is Late-Start Wednesdays.

The bill ultimately did not pass. California bill SB-328 passed through the Senate on Aug. 31 and was sent to the governor to decide no later than Sept. 30. The governor vetoed the bill which would have prohibited middle and high schools from starting before 8:30 a.m. except in rural areas.

“This is a one-size-fits-all approach that is opposed by teachers and school boards. …These are the types of decisions best handled in the local community,” Governor Brown cited in his statement with the bill.

Our school is run and regulated locally by our school district, CUSD. Superintendent Dr.Benjamin Churchill says the board has no current plans to change to a later start time.

“If Sage Creek makes a recommendation to the district office for a later start time, our team would then analyze the recommendation,” Churchill explains.

Churchill adds that Sage Creek administrators have been weighing and considering the issue of a later start time. Principal César Morales says the conversation started late last school year; he is looking into the idea of an 8:00 a.m. start time and the implications/intricacies of moving it forward.

“I would say [the status is] unknown because it’s like any decision that you’re trying to vett: you want to go through and do what is the fact-finding and identify any points that may be a challenge,” Morales says.

He notes that he hopes to pitch a proposal that will address any and all challenges.

The bill that went through the governor’s office last month is not the ‘end all’ for this measure. Our local community is weighing the possibility of moving to a year-long, later start time, so this is not the last you will hear of it.