The King of Debt 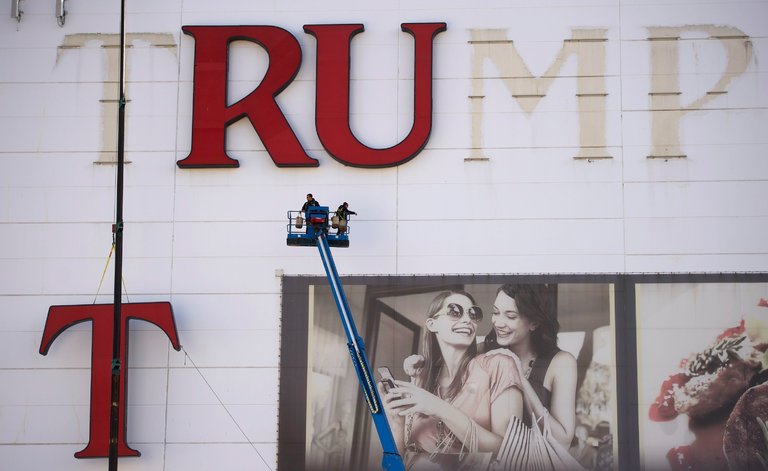 Republican presidential nominee Donald Trump frequently claims that his business experience qualifies him to take over as the leader of the free world. But the New York multi-billionaire and self-styled “king of debt” has had his enterprises go bankrupt on four separate occasions, and he still owes millions of dollars to the contractors who built them.

Trump, of course, has no intention of ever paying off his debts. In an August 2015 debate, he was asked for his response to the fact that “lenders to [his] company lost billions of dollars.”

“I have used the law,” Trump bragged. “On four occasions, I’ve taken advantage of the laws of this country.”

However, Trump is unlikely to ever face consequences for his actions, guarded as he is by the finest legal team money can buy. Out of an estimated 4000 civil cases during his time as head of the Trump Organization, only 100 have been decided not in his favor. Of course, despite this extraordinary track record, Trump’s legal fees are prominent among the debts he has failed to pay.

Another highlight of the candidate’s adventures in court is his claim that Bill Maher owes him $5 million, after the comedian jokingly “bet” that amount that Trump could not conclusively prove he was not half-orangutan (in response to the Obama “birther” controversy).

“I don’t think he was joking,” Trump commented on the issue.

Simian humor aside, a Trump presidency would be nothing short of a “hyuge disaster.” Discounting his racism, misogyny, ignorance of the Constitution and ignorance in general, Trump’s one selling point is his supposed economic insight. Even that, though, has so far proven to be more or less nonexistent beyond “I want more money.”