Serve, Pass, Spike: The Coaches Behind Every Hit 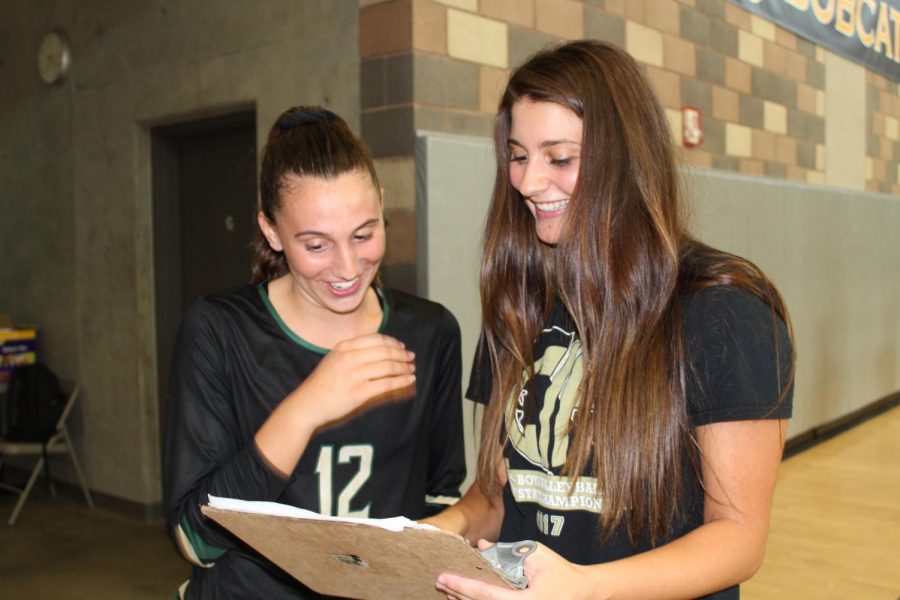 Undefeated at home so far, the girls volleyball team is off to a strong start. The varsity team, currently 15-4, is led by coaches Amanda and David Savage. Junior varsity and freshman are also looking strong with coaches Ana Huberty for JV and Ken Reyes for freshman leading the way.

This is Coach Amanda Savage’s first year as the varsity girls volleyball coach. This year she is co-coaching with her husband, David Savage. Mrs. Savage has been playing volleyball her whole life, including her time as a Triton for UCSD, playing as an outside and a middle on the court. Coach Amanda has been coaching volleyball for 12 years and is entering her first year here at Sage Creek.

David Savage has been coaching volleyball for 10 years including both club and high school teams. He is currently a PE teacher at Sage Creek and he has been coaching the boys volleyball team ever since the school opened in 2013. He has led the boys team to CIF titles and a state championship in the 2017 season.

Coach Ana Huberty, this year’s JV coach, has been coaching volleyball for three years, including helping out with the Sage Creek boys’ teams last year. Before becoming a coach, she played at the collegiate level at San Diego Mesa College.

“[Everything is]Going well, we have a young team with tons of potential and drive to learn,” said Huberty when asked about how their season was going so far.

Coach Ken Reyes is this year’s girls’ freshmen coach. Ken is currently attending Palomar College where he is also playing volleyball at the collegiate level. Reyes has been coaching for a total of five years, but this is his first year coaching for Sage Creek.

“We have had a great season so far,” Reyes said. He is excited about the potential and skills that all of the freshmen have this year.

For all of Volleyball’s scores and upcoming games visit the Sports Center on TheSageNews.com.