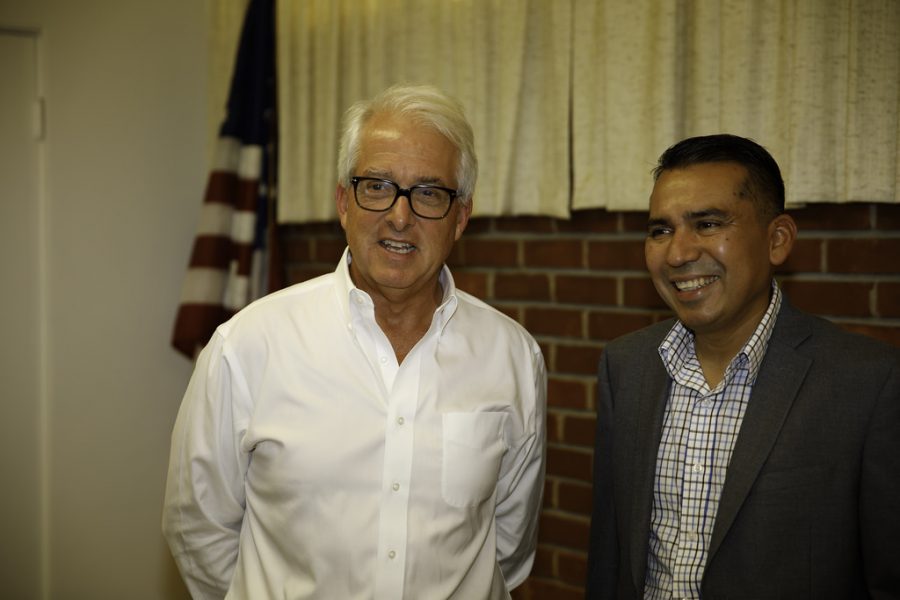 John Cox speaks to voters in Sacramento about issues such as gas tax.

On Nov. 6, voters across California will head to the polls to vote on a number of races with not only local but national implications. With a plethora of races and candidates ballots can often lead to a confusing election day, this article is intended to serve as a crash course on three of California’s biggest and most important races of election day and help you make an informed decision during this year’s midterms.

49th congressional district: Attracting a large amount of national coverage, and arguably California’s most important race, the  49th congressional district is largely up for grabs in this year’s midterms. The 49th district spreads from Orange County to the Northern part of San Diego, including cities such as Carlsbad, Oceanside and Vista, this district has long been represented by Republican Darrell Issa, but in early 2018 Issa announced that he will not be pursuing re-election leaving the door wide open in this year’s midterms.

Mike Levin: Levin is a Democrat who grew up in South Orange County and went on to attend Stanford University where he served as the student body president. Levin does not stray too far from the democratic norms pushing ideas such as gun control, universal health care, and affordable higher education to name a few, and according to his website “is a passionate believer in clean energy” with “over a decade of experience in the industry. ” To do your own research on Mike Levin visit his campaign website at Mike Levin.

Diane Harkey: Harkey was born in Illinois but has been an Orange County resident for more than 35 years. Harkey is a graduate of the University of California Irvine and has worked in corporate banking and finance for 30 years. Similarly to Levin, she does not stray too far from her parties beliefs such as, having strong border security and cutting taxes for working class families and small businesses. It is also important to note that she is the Regional Chair for the campaign to repeal the new gas and car taxes. However, according to Harkey’s website, she is a strong believer in climate change and opposes oil drilling off the California coast which goes directly against Trump’s plans to expand offshore drilling. You can learn more about Diane Harkey on her campaign website at Diane Harkey.

Governor’s race: With Jerry Brown reaching his term limit he will not be running for Reelection allowing two new faces to take the stage. A Republican has not been elected to a statewide position since 2006 when Schwarzenegger won this very race. That being said it is no secret that it is an uphill battle for John Cox and the Republican party.

John Cox: Cox was born and raised in Southside Chicago where he was raised by a single mother who worked as a school teacher. Cox currently runs a 200 million dollar enterprise which he started from scratch and wants voters to realize he is a self-made businessman and not a politician. On a more political aspect, Cox is a staunch Republican who believes in slashing taxes such as the gas tax and those on small businesses. Cox is also an adamant believer in stronger border security. For more information on John Cox visit his campaign website at John Cox.

Gavin Newsom: Newsom was born and raised in the San Francisco Bay Area and attended Santa Clara University. According to Newsom’s website the ideas, he finds most pressing are: economic development, affordable education and protecting the environment. Currently, Newsom is serving his second term as lieutenant governor of California. For the most part, Newsom looks to carry on what Jerry Brown started as governor in 2011. For more information on Gavin Newsom visit his campaign website at Gavin Newsom.

Senate race: This years senate race pits two Democrats against each other: democratic powerhouse Dianne Feinstein who has been in office since 1992 and is the oldest current U.S. senator, and Kevin De Leon who is the former president of the California state Senate. The candidates are running on essentially the same values and little to differentiate the two. De Leon has said he believes he is the better candidate for the sole reason he is 30 years younger. For more information on the candidates visit their respective websites at Kevin De Leon and Dianne Feinstein.