The Nun Review: The Darkest Chapter in The Conjuring Universe 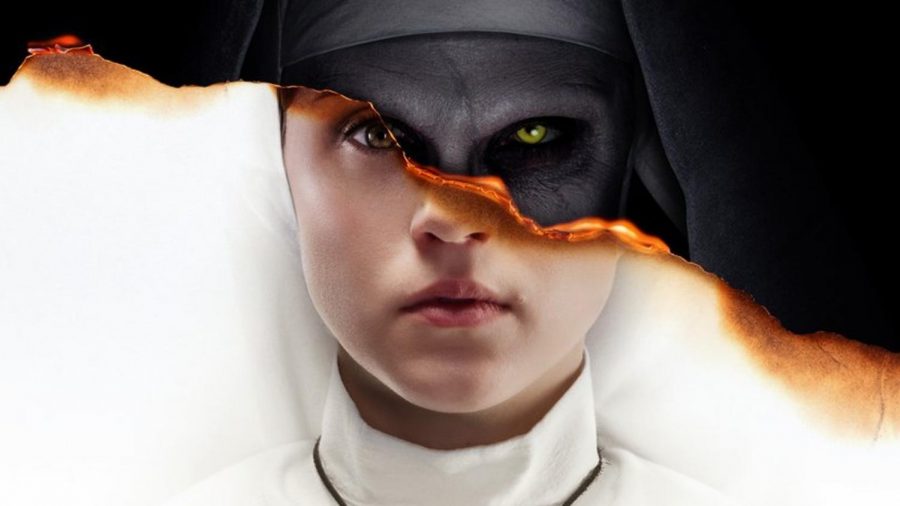 The dreadful spin-off brings us the story of Valak and how she came to terrorize the characters in "The Conjuring". The monastery’s evil secret was revealed as they confronted a demonic nun summoned from the gates of hell.

Beginning in 2013, the timeline of The Conjuring series has successfully terrorized audiences with four chilling films hitting the big screen. Based on the real-life experiences of paranormal investigators Ed and Lorraine Warren, played by Patrick Wilson and Vera Farmiga, the series connects with the “Annabelle” movies— possibly leading to an epic crossover replicating the Marvel Universe. “The Conjuring 2” left us with high anticipation for Valak’s return, and now, the wait is over as the prequel, “The Nun,” tells the origin story of the evil Nun we saw haunting the film. The movie stars Bonnie Aarons as The Nun, Taissa Farmiga, Demian Bichir and Jonas Bloquet.

“The Nun” takes us back to 1952, where the concerned Vatican sends a priest and a novitiate to investigate the tragedy of a young nun’s suicide. We follow the two clerics to Romania, accompanied by a young local called Frenchie, as their investigation of the monastery takes a dark turn when they come face to face with a demonic nun summoned from the gates of hell.

The prequel is nothing like “The Conjuring,” which set the standards high for a nightmarish scarefest. The only frightening features in “The Nun” were dependent on routine soundtrack jabs and predictable jump-scares, as characters encounter every trick in the book. The director Corin Hardy created a classic dark, shadowy atmosphere throughout the film as things begin to bump in the night. The writer Gary Dauberman delivered cliche dialogue, characters that make awful decisions and an unusual story structure that leaves us with unanswered questions.

In terms of what I did like, Taissa Farmiga’s captivating screen presence as Sister Irene upheld the story with her strong acting chops that played up the intensity of the film. Her array of dreadful facial expressions paralyzed the audience with true terror and fear. We are also introduced to Frenchie, a likable character who becomes an asset to the storyline and provides a lightheartedness to the intense movie. Demian Bichir delivered an outstanding performance as Father Burke, giving us a true sense of horror through the dark past of his character. We feel emotionally connected to the main characters due to the actors’ phenomenal performances and their strong character development.

The overlap of the characters Ed and Lorraine Warren from “The Conjuring” films was the cherry on top. The writer’s strategy of showing how new characters tie into the main storyline was a brilliant move. Overall, the plot created a satisfying backstory of how Valak makes her appearance in “The Conjuring 2.”

If you are a fan of the Conjuring series, I recommend watching “The Nun” to find out the story of Valak and how she came to terrorize the characters in The Conjuring.